The Isurumuniya Viharaya is situated close to the Tisa Wewa. It is renowned for its stone carvings of which the most famous is one known as the “Isurumuniya Lovers”. The other carvings are of the Horseman, Elephant Pond and the Royal Family.

The Temple was originally known as the Meghagiri Vihara and it is believed that the Vessagiri Vihara which is located close to it is the actual Isurumuniya Vihara. 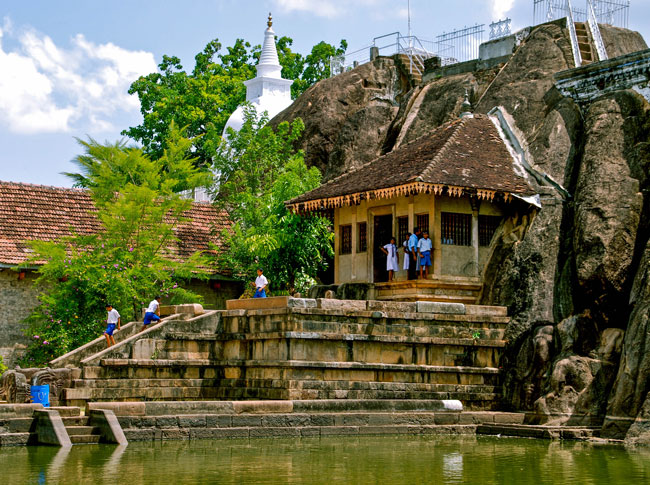 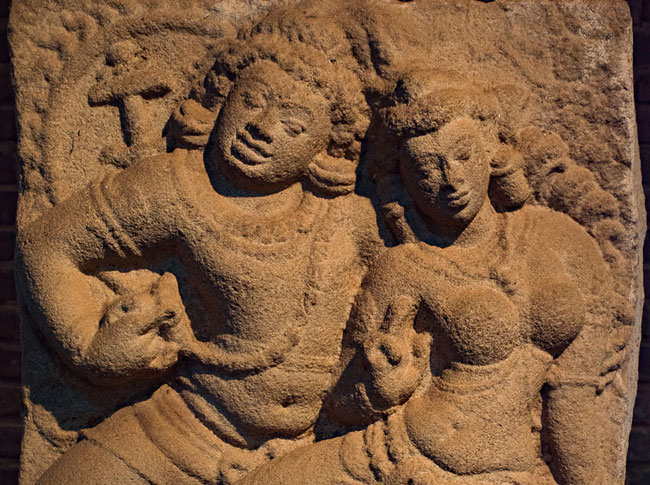 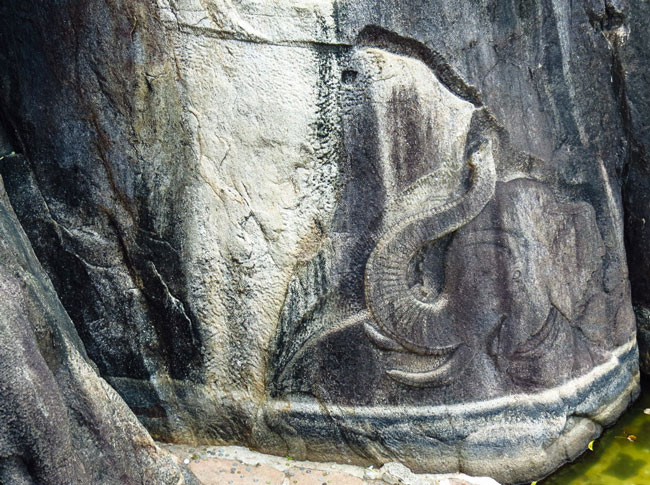 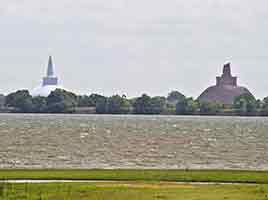 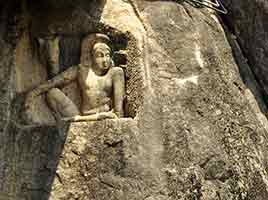 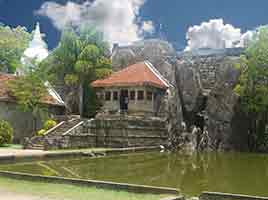 The Isurumuniya Viharaya was constructed during the reign of Devanampiya Tissa who governed in Anuradhapura, the country’s capital. During his reign 500 high caste children were ordained, and Isurumuniya was built as a monastic complex to house all of them. Thereafter it was renovated by King Kasyapa (473 – 491 AD) who renamed it “Boupulvan Kasubgiri Radmaha Vehera” – a combination of his name along with his two daughters’. Connected to the Temple is a cave with a cliff above it. A small Dagoba was built on this cliff during a later period. At the picturesque entrance to Isurumuniya a rock can be seen either side of a crevice, and this rock seems to rise out of a pond.

To the north of Isurumuniya lies the Ranmasu Uyana or Royal Pleasure Garden. This is a significant location as it is believed that Prince Saliya met Asokamala, his future bride, in this very garden all those centuries ago.

The sculpture known as the “Isurumuniya Lovers” is a Gupta style carving of the 6th Century. It shows a woman seated on a man’s lap, lifting a finger in what some people interpret as a manifestation of her coyness. A certain mystery surrounds the carving as no record exists of exactly whom the two images portray. Locals believe the couple depicted in the carving are that of Prince Saliya and Asokamala. Another legend has it that it is the Hindu god Shiva and goddess Parvati depicted in the famous carving.

It is possible that the figures represent Prince Saliya (son of King Dutugemunu) and Asokamala, the maiden of low caste he loved. According to historical reports he eventually gave up the throne for her.

Another legend has it that it is Shiva and Parvati depicted in the famous carving.

A Sense of Romance

The carving of the “Isurumuniya Lovers” has sparked many legends over the centuries. But each one seems to have a happy ending and the legends live on. Step into this romantic setting and share this ancient love story as Tourslanka takes you through this unforgettable experience.

At the picturesque entrance to Isurumuniya a rock can be seen on either side of a crevice, and this rock seems to rise out of a pond. Just above the water level are carvings of bathing Elephants. To the side of the pool is a flight of stairs. Another unique rock carving is found at the top. This time of a man seated in a regal position with the head of a horse behind him. This figure is believed to be of Parjanya, the God of rain. This has led to the belief that the Elephants in the carving below represent rain clouds. Therefore, archaeologists over the centuries have assumed that the King used this location to perform rituals to the God of rain.

The carving of the famous “Isurumuniya Lovers” has sparked many legends over the centuries. But each one seems to have a happy ending and the fables live on. It is truly a place where art takes on a different dimension. Step into this romantic and serene setting as Tourslanka takes you through an unforgettable experience.