Gadaladeniya – The temple of many names

Home1 > Excursion2 > Gadaladeniya – The temple of many names 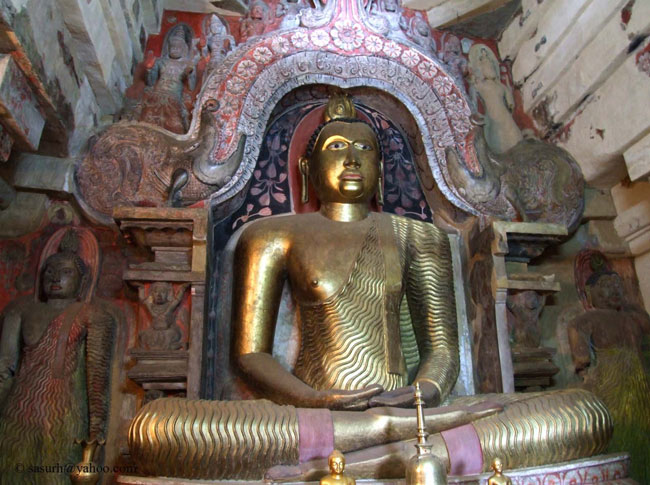 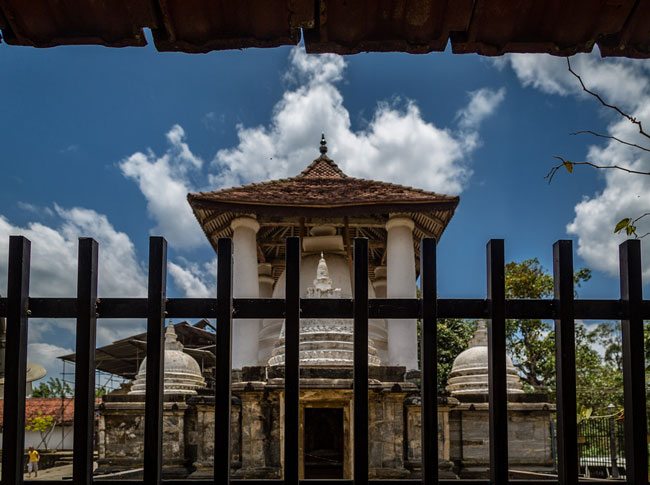 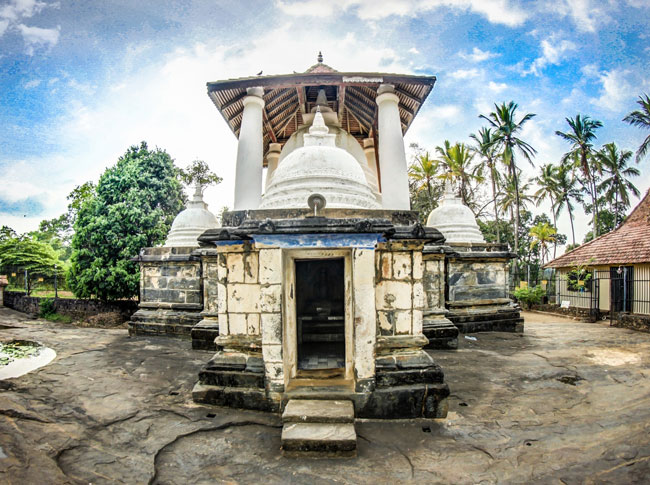 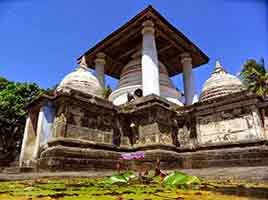 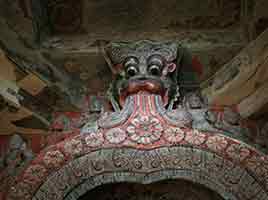 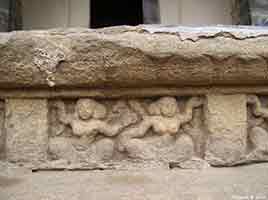 According to historical evidence the chief architect of this Viharaya was Ganesvarachari, south Indian. This explains the predominantly south Indian influence in its design. It is also reported that the Viharaya fell into neglect over a period of time until King Viraparakrama Narendrasinha (1707 – 1739) handed its care over to Velivita Saranankara Thero and it was maintained thereafter by his students and generations of students that followed.

The main shrine which has a distinctive south Indian design stands on a rocky outcrop at the top end of the monastery premises. Inside one comes across a fine statue of the seated Buddha framed by a Makara Torana or Dragon Arch. This is surrounded by numerous images of deities such as Brahma, Suyama, Santhusthika, Maithri and Natha. Standing statues of the Buddha can be found on either side of the seated Buddha statue.

The seated Buddha statue encompasses the unique style of Buddhist sculpture of the Gampola period. Made of brick and mortar with plastering of lime and sand, it shows the Enlightened One in a pose known as the ‘Dhiyama Mudra’ or highest level of meditation. The body is painted in gold while the robe is red in colour. Other unique features which also reflect the influence of south Indian Buddhist sculpture are the eyes which are wide open while the brow and neck are clearly marked with wrinkles.

Furthermore, the serenity and calm depicted in early Buddha statues are absent from this one. The pedestal on which the statue rests is called the ‘Asana’ and the ‘Mal Asana’ is where floral offerings are placed. This ‘Mal Asana’ is decorated with floral designs said to have been the work of folk artists of the Kandyan era.

A secondary shrine sits in the middle of the Temple site. This has little ‘wings’ extending in cruciform angles, with each one forming small individual Buddha shrines. Each small shrine has its own Sikhara (dome) with proportions and weight consistent to all four. The main Sikhara sits on the hub of the four wings. History reveals that the chamber within the main Sikhara once housed a Buddha statue, but this had been destroyed during the Portuguese occupation. This structure has been named the ‘Vijayothpaya’ or ‘Vijayantha Prasada’ after the mythical palace of Deity Indra.

Adjoining the shrine is a Vishnu Devale. The island’s historic chronicle, the Mahavamsa relates that this deity was selected as the guardian of the land and Buddhism within its borders at the time of the Buddha’s passing away. Thus he is looked upon with special reverence among people of this country.

There are two more buildings on the site, the Digge and Bera Maduwa (for drummers to perform their thevaya at various times during the day when offerings are made), both built of stone and clay with lime and sand plaster. The traditional Sandakadapahana or Moonstone lies at the entrance. These buildings are full of remarkable stone carvings depicting drummers, dancers, raban players, wrestlers and flautists, while designs of Lotus petals make up the artistic borders.

Another feature is the array of dwarf figures or Vaman Rupa in different positions carved on the rock surface. Furthermore, make sure to look out for the three sided twin pillars of the Mandapaya. These pillars are so unique that the only other place they are found is in Yapahuwa.

It is very evident that the Gadaladeniya Raja Maha Viharaya reflects a strong Pandyan and Vijaynagar influence in terms of architectural and artistic design, making it a unique site to visit.

Step back in history

Visit the Gadaladeniya Viharaya with Tourslanka and travel back in time to view the magical amalgamation of south Indian inspiration and ancient Sri Lankan workmanship and craftsmanship. An enlightening experience awaits you and your loved ones as you absorb the unique and remarkable features of the famous trio of Temples, Embekka, Lankatilaka and Gadaladeniya.