Sri Lanka is a country that’s rich with culture and heritage. The famous rock fortress Sigiriya and the golden temple in Damdulla are two of the best examples for rich cultural architecture.

If you are travelling from Colombo, leave the hotel early around 5 am in the morning to go to Sigiriya. If you are in a hotel in Sigiriya or Kandy, you could leave after breakfast. Visit the astounding Sigiriya rock that is also known as the Eighth Wonder of the World that includes remnants of a ruined palace, surrounded by an extensive network of fortifications, vast gardens, ponds, canals, alleys and fountains.

Then after a nice lunch visit the Golden cave temple – another UNESCO World Heritage site. The temple that was build in the 1st century B.C by the King Walagambahu is famous for its complex of five caves that has painted walls and ceilings coving up to 2000 sq. meters.

Are you ready to explore the wonders of ancient architecture in Sri Lanka? 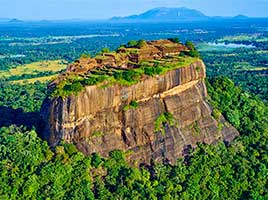 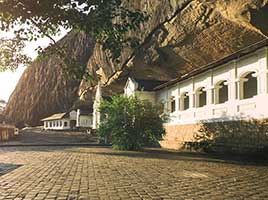 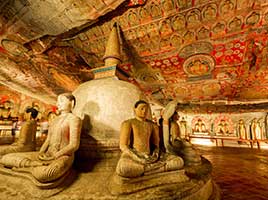 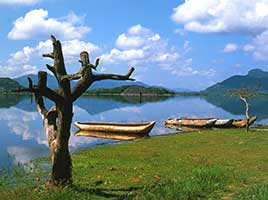 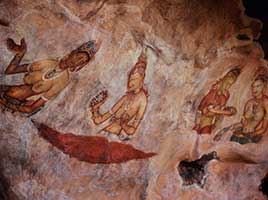 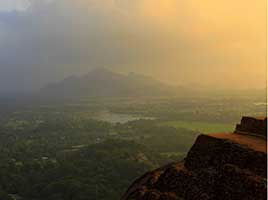 Sigiriya is one of the most valuable historical monuments of Sri Lanka.

Sigiriya Kingdom was created by King Kassapa in 495 AD, due to a dispute with his brother Mugalan. King Kassapa succeeded to kill his father and steal the thrown and rule the land. Prince Mugalan fearing for his life, escaped to India and manage to retaliate his own army against Kassapa.

Fearing his brother, Kassapa build his fortress in the top of Sigiriya that was surrounded by thick inhabitant forest to stay safe.

The Dambulla Rock Temple had first been constructed during the rein of King Vattagamini Abhaya also known as King Valagamba ( 103 BC and 89-77 BC ). When the South Indians invaded the island king Walagamba had to abandon his Anuradhapura Kingdom .

For 12 years, King Valagamba was in hiding in these caves for his safety. After regaining the kingdom of Anuradhapura and becoming the King again, to show his gratefulness for his safe place, he converted those caves into Buddhist Temples by constructing walled partitions under the rock overhang which spans the entire area as a single large cave.