The Mahiyangana Raja Maha Temple occupies a very important place in the history of Buddhism in the island, as it is the location of the Buddha’s first visit to Sri Lanka nine months after attaining enlightenment. This significant event occurred on a Duruthu Full Moon Poya day in January. The Mahiyagana Vihara is also one of 16 Solomasthana (the sacred places in Sri Lanka). 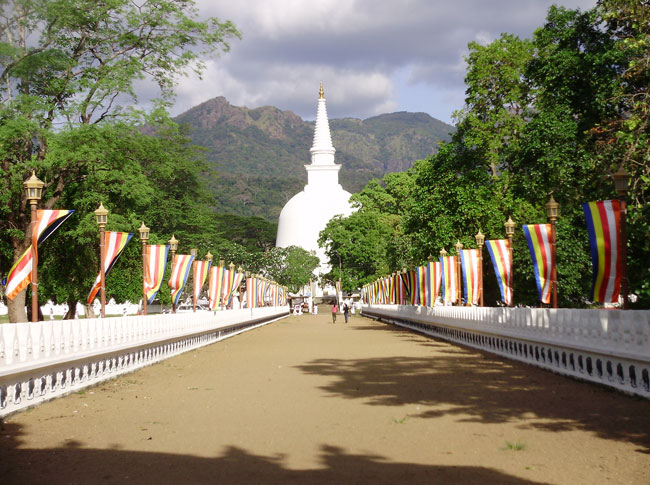 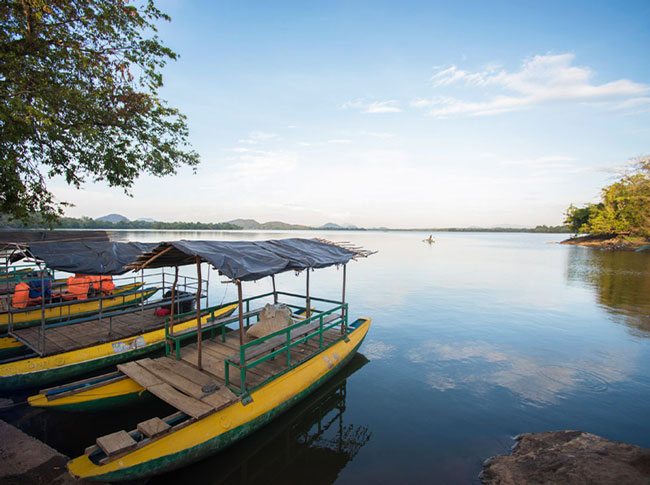 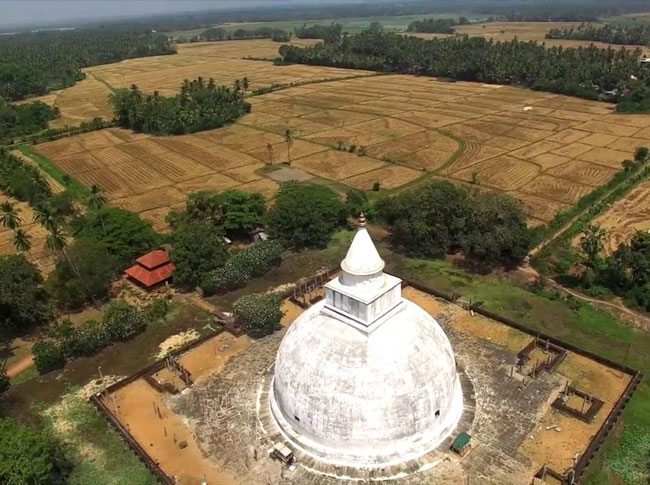 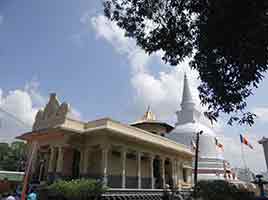 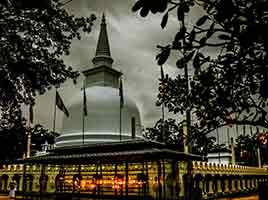 How to get there

Mahiyangana (Bintenna in Sinhalese) is located to the East of the central hills of the island. It is within easy access of many major towns such as Badulla, Kandy, Ampara, Monaragala and Kandy. As a matter of interest, it is along the road from Kandy to Padiyathalawa that you will come across the famous 18 hairpin bends.

When the lord Buddha visited Sri Lanka for the first time it was nine months after his enlightenment. It is said that he set forth on this journey when he foresaw that Buddhism would be kept alive in Sri Lanka for over 5,000 years. Thus it was his intention to ward off any evil forces and keep the way clear for the teachings of Buddhism to be spread.
At the time, as stated in the Mahavamsa, the inhabitants were the Yakkas – demon worshippers and Nagas – snake worshippers. When the Buddha arrived at Mahiyangana the Yakkas were gathered in a Garden called Mahanaga. When the Buddha appeared they were alarmed and inquired as to the reason for this intrusion. He replied by performing a miracle before their eyes – seated cross-legged in the air. Bewildered, they begged him to spare their lives, then asked that they listen to his sermon in return. Seated on the place where the Mahiyangana Chaithya stands now, he preached to the Yakkas who were spiritually elevated on hearing his teachings, and some of them attained Sovan, Anagami, Sakadagami and Arhat.

Thereafter Saman, a Yakka chief who attained Sovan and is now considered a deity (Saman Deviyo), asked the Buddha for a relic they could pay homage to after he left them to return to his homeland. The Enlightened One gave him some of his hair which Saman enshrined in a little Stupa. Standing at a height of 10 feet (3m) this was the very first Stupa to be constructed in the island.

Another relic was added to this one in the Stupa and this was the Buddha’s left clavicle bone,  recovered from his funeral pyre after he attained Parinirvana, and brought here by an Arahant named Sarabhu. The height of the Stupa was also increased to 18 feet or 5.5m in order to make the structure more impressive.

Since then the Stupa has been renovated and extended by many rulers, including Dutthagamini (who raised the height of the Stupa to 120 feet), Sena II, Voharika Tissa, Vijayabahu I and also  Kirthi Sri Rajasinha. A new pinnacle was also added as part of the recent reconstruction work done during the period 1953 – 1980. In fact, a crystal-cut gemstone now adorns the pinnacle which was a gift from Myanmar (Burma) and weighs 14.5kg (32lbs).

A highlight of your journey

As you travel around Sri Lanka with Tourslanka, include the Mahiyangana Raja Maha Vihara on your itinerary. Prepare to be moved by the momentous events that took place there many centuries ago, the most significant being the visit of the Buddha. It is no wonder that so many Kings were moved to change and improve this Temple, making it more beautiful and impressive with endeavour.